The second most traded commodity in the world is coffee, after petroleum. It has become a staple of modern life. Coffee is believed to have originated from Ethiopia.

Legend has it that Kaldi, a 9th-century goatherder, noticed how “spirited,” his goats were after they had eaten berries from a local bush. He ran to the monastery to tell the monks. The berries were then later brewed by a monk who, as the story goes, was able to pray much later into the evening.

So how did a supposed brew first used by monks to pray longer become “The Devil’s Drink”?

The setting is the Ottoman Empire.

Murad IV, a ruler of the Ottoman Empire, back in those days, would not have liked Starbucks (or any of your favorite coffee spots). You see, he made coffee consumption a capital offense.

And by capital offense I mean he’d chop off your head. Seriously.

The sultan (that Murad character mentioned above) was so determined to eradicate coffee, he disguised himself as a commoner and would stalk the streets of Istanbul carrying a hundred-pound broadsword. Coffee drinkers who were, unfortunately, sipping coffee and spotted were killed.

But people would still drink coffee. They still wanted their daily fix, even with the executioner (their leader) prowling about the streets hell-bent on giving them the Red Queen Treatment.

Murad would ultimately be replaced with a more lenient counterpart. However, that didn’t stop coffee consumption from being a capital offense. A light cudgeling was the punishment for a first offense. But if the perpetrator was again caught with coffee they would be sewn into leather bags before being tossed into a river. 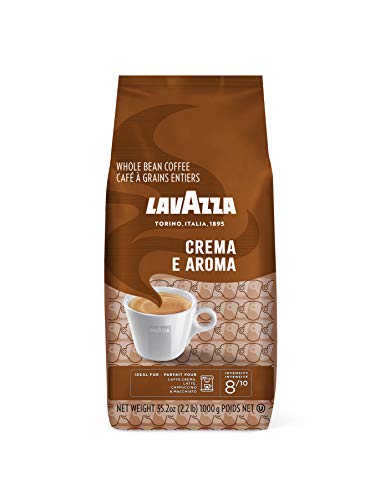 Advertisement:  Last update on 2022-12-03 / Affiliate links / Images from Amazon Product Advertising API / As an Amazon Associate website, we earn a small commission from qualifying purchases.  This does not raise the cost of any products for you.

Where was I? Oh yeah… so why was coffee such a big deal? Why did Murad and his eventual successors see the consumption of coffee as a capital offense?

Murad’s Istanbul was home to religious leaders who warned that coffee could encourage indecent behavior. Physicians opposed the move of coffee to Europe from the west, warning that it would cause paralysis and the odd “dry up of cerebrospinal fluid”.

Who would have thunk in the 1600s they knew anything about cerebrospinal fluid… I mean, I guess after so many beheadings something other than blood would leak out. The mind reels, back on topic.

And this kind of rhetoric against coffee wasn’t isolated to Instanbul either, in 1670’s England there was “The Women’s Petition Against Coffee” which was chock full of hatred for the beverage. See for yourself, here’s a snippet from that very publication:

… the Excessive use of that Newfangled, Abominable, Heathenish Liquor called COFFEE, which Riffling Nature of her Choicest Treasures, and Drying up the Radical Moisture, has so Eunucht our Husbands that they are become as unfruitful as those Desarts whence that unhappy Berry is said to be brought.

The Womens Petition Against Coffee, England 1974

Monarchs and tyrants alike argued publicly that coffee was poisonous for the bodies and souls of their populace as a whole.

But there are those who thought all that honky-tonk from on high was more politically motivated. Take Mark Pendergrast for example. He authored Uncommon Grounds: The History of Coffee and How It Transformed Our World and shines a brighter light on the topic. Mark, just so you know, wasn’t a product of the 1600s. He’s a modern dude like some of us.

And what scares a dictator more than people who think more and talk with each other?

No… Sorry, in all reality, it’s losing power. You’ve heard that old saying before about those in power fearing nothing more than losing said power.

One story claims that an Ottoman Grand Vizier visited (in secret) a coffeehouse in Istanbul. He noticed that people who drank alcohol would get drunk, sing, and be jolly while those who drank coffee remained sober and plotted to overthrow the government.

However true that last part may or may not be you can’t argue that those drinking alcohol weren’t much of a threat. But there very well may actually be some truth there.

Dissent was in fact fuelled by coffee, not only in the Ottoman Empire but throughout the Western world. In part, the French and American Revolutions were schemed in dark corners of coffeehouses. Frederick the Great, a fearful German leader, demanded that Germans switch to beer from coffee. He sent soldiers to sniff out illegal beans in the streets. And we have proof of all that, go figure.

Fear of the drink traveled around the globe and after discovering some clever, but seditious poetry in England, King Charles II ordered all coffeehouses to be closed. The backlash was thunderous. Charles reversed his ruling in just eleven days. But that could be due to the whole “serfs beheading the last king” bit. Still, he hated coffee.

But how did Coffee become “The Devil’s Drink”?

Well, we established those wielding power didn’t like things that threatened that power. And that sentiment extended to the Church. In a slightly more skewed way but still all the same.

The 17th century saw the opening of European trade routes to Venice, which opened up all kinds of exotic goods from Turkey and other countries.

The popularity of coffee among the masses increased, and Pope Clement VIII’s advisors recommended that he ban it because it was linked to Islam and had an obvious effect on the people.

How could they allow a beverage drenched in rich Islamic history and tradition influence their flock?

It was called a “bitter invention by Satan” by the pope’s advisors.

Pope Clement VIII refused to make a decision despite the strong resistance. He wanted to try the drink that had taken Italy by storm.

It turned out that the pope liked coffee. According to him, “This Satan’s drink is so delicious it would be a shame to allow the infidels exclusive use of it.” ~That Pope Guy

He decided that coffee might be an alternative to alcohol, and instead of giving up on it, he gave it his blessing.

His advisers not amused were powerless to do much.

The first European coffee house was opened in Rome in 1645 after the pope had purified coffee of its evil roots (in other words he blessed it because of course, he did). A coffee hour became a time when people drank coffee and socialized in churches around the world.

So in short order, the “Devil’s Drink” went from Satan’s butthole juice to a blessed beverage enjoyed by all.

With the help of a little Pope-magic.